Savers Roundup August 2022: Your savings account interest rate should have increased over the past month

I guess some of you already have a will.
I would like to hear suggestions and advises how did you do it or how do you plan to do it.
- Did you go to the lawyer? Any to recommend?
- Did you use any on-line tools? Which one?
- Did you use any stand alone software like Quicken Will Maker?

How should I approach this task? My situation is not complex in terms of family nor investments, properties. And frankly speaking I do not want to pay too much...

I went to a lawyer at a local mall. I think he was the same lawyer office I used when I got a first time mortgage on my house. No for the last two questions.

Have a Great Day

I also used a local lawyer, after asking for recommendations from people in my city.

I was pitched this online service but never tried it: https://epiloguewills.com/

I've done at least half a dozen wills over the years (and accompanying POAs, health directives, etc) due to living in different jurisdictions and countries.

I would always use a lawyer who specializes in Family Law. They will think of circumstances and scenarios to cover that an individual wouldn't necessarily consider. I had no business interests nor complicated assets. I think my costs ranged from about $500 to $1500 depending on jurisdiction at the time. It is money well spent. Not in one's interest to be penny wise and pound foolish on such important matters especially if one's net worth is substantial.

I'd never go it alone with an online will kit. There simply are too many variables in each jurisdiction to consider.

I also used a lawyer. Beforehand, i was given a questionnaire.

Edit. I just googled "will questionnaire Ontario" and i received many good hits. Here's an example. https://www.gmalaw.ca/wills-estates-fullform/

. . . My situation is not complex in terms of family nor investments, properties. And frankly speaking I do not want to pay too much...

For complex estates, I always recommend going to a Lawyer who specializes in Family Law.

However, for estates that are fairly basic and straightforward (like yours?), lots of people just go to their local Notary Public to draw up a Will ... they are well trained in such matters, and are less expensive than Lawyers.

And it's always a good idea to do some 'Homework' first. There's lots of free information available out there now (via Google), on Wills, Estate Planning, etc.

If you're looking for a good book on the subject, I'd recommend; 'You Can't Take It With You' (a common-sense estate planning guide for Canadians), by; Sandra E. Foster.

Also have to consider number/variety of beneficiaries, e.g. complex estate is no big deal if Will essentially says "everything goes to my only child, Bill" and there's reasonably no-one else in the picture.

Executor decision is always key, though.

A will and its dire consequences.

Many years ago, i worked at GM with a man named Matt Lapa. I never knew of Matt's personal conflicts at home (i never asked) but on the job site he was the nicest of guys, funny as hell and we got along just great.

Matt died in 2019. In his will, Matt left everything to his daughter, Loretta. Matt's son Mitch took offence to this, so much so, he drove from Manitoba to oshawa. The news links are below.

Thank you everybody for suggestions and advises. I will go through all your notes few more times, very carefully.

As for the last note, people will do horrible stuff to get hold of money. It looks like total sum was not that substantial (we are not talking about ten of millions) but 4 human beings lost their lives 🙁 extremely sad.

Never gave my kids much advice, and likely wouldn't have helped in this terrible case, but one thing I did tell them is never give off the impression to the world that you've got any wealth, you never know who'll come knocking on your door one day.

According to the CBC article, the wounded sister received the North Kawartha cottage from her father. She then received $430,000 from the sale of her father's house when he died.

Looks like her brother, the shooter, didn't react well to receiving just $30,000 when the father died.

My father (irish) had two personalities. One for the outer world to see and another for home. When i first heard about what Mitch Lapa had done, i saw his reasoning, I'm not saying that i justify his actions, just that... i somewhat understood how he felt.

My father praised his two daughters (my sisters) with gifts (cash), he was never an emotionally affectionate person, he bought love. When i started at GM, the situation worsened because my father's view was... (i was on easy street).

Both my sister's received cash down payments for their first homes, i didn't. (I was making more money than i was worth). This created a resentment, it created a family rift that to this day has never healed. I was angry, very angry. I turned my back on them and walked away.

I knew the outer world Matt Lapa. Matt and i were both electricians at GM. He strolled by one day, I'd never met the man before. He'd noticed that i'd forgotten to put on a strain relief collar. He sat down and we talked while i finished making the wire terminations, when i went to tighten the collar and i saw it sitting by my feet, i cursed.

Matt confessed to seeing the collar on the ground.
I turned to him and seriously asked. Well... why didn't you say something?
Matt smirked... i thought maybe you knew something that i didn't.
The two of us laughed so hard, i had tears in my eyes. We became instant friends.

Matt had another son, Chris. I believe it was his intention to take his sister Loretta to court, to contest the will. It's my understanding, he was also left out of the will.

My sisters felt a "self deserving". They never saw what i believed to be an injustice. This Lapa story made me sit down, it opened old wounds. I have no idea how Loretta felt toward her two brothers and i won't speculate but what if she divided the house sale price by 3, she already had the cottage???

This gives all of you an insight into why i hate, a sense of entitlement. A view i have stated here numerous times.

Well, that's my life story. These 3am need to pee wake up calls are the worst.

Sibling rivalry about parents' resources is an elemental force, been around forever. And eternal dillemma of parents, i.e. some kids could badly use help, others self-sufficient, treat accordingly or treat the same?

Kidd, like you I did it on my own, siblings accepted lots of help. Feels great.

One is just begging for a "civil war" within the family with that!

The deceased father could have had a good reason for that. Like the $30,000 heir is a self-made billionaire. So, give or take $430,000 and a cottage won't make a difference to the billionaire's life.

Otherwise, the $430,000 alone is a life altering amount of money and would be enough to fight all the way to the Supreme Court of Canada over.

About that "two personalities" thing, Kidd. I think the English term for that is "two-faced". The term is not considered to be flattering.

My life's observations, when it comes to siblings, is unequal equals unfair to someone somewhere.

Equal seems safer, to me. For example, I knew a family where the mother, when she wanted to give one of her adult kids a bit of money, gave same to the two self-made multi-millionaire kids too, never a dilemma for her. She treated her kids the same in all ways (all ended up upstanding and self-sufficient). Kids, now all seniors, still get along to this day.

I know a chinese Male who was left all his parents money in the will and he shared the money with his sisters. Obviously cultural and quite common to leave it to the Male. Still a nice gesture to split with his sisters

I think the nature of the responses show nothing should be taken for granted in Wills or beneficiary behaviour. I also know some individuals where court fights start almost as soon as the bodies go cold. Which is why it is very wise to get a lawyer familiar with Family Law to put the Will together with guidance on distribution of assets, contingent beneficiaries, etc.

Sometimes even basic estates can go off the rails. Online kits may get the boilerplate right (or not) but it is other unforeseen twists (scenarios) that can have unintended consequences.

Definitely need to think about family law. In provinces like Saskatchewan, the surviving spouse can choose to settle under divorce law instead of accepting what is given by the will.

From McKercher LLP: Family Property Rights for the Living Spouse:

On the death of a spouse, the surviving spouse can exercise the same property rights as they would on the breakdown of a spousal relationship. Of course, it only makes sense to bring such an application if they would receive less under the Will or intestacy (plus any joint assets they automatically receive) than they would have received on a breakdown of a spousal relationship in accordance with The Family Property Act. The surviving spouse needs to bring a family property application within six months from the date of issue of a grant of probate or administration.
…

I apologize for resurrecting this thread, I have no idea how to start a new one (it would really help me to make this WAY more obvious on here, I want to do it so infrequently I can never remember how!).

I've drafted my and my spouse's Wills, properly witnessed, easy as all just goes to the other, we're good. But now I'm thinking how to make it easier and quicker for my wife/executor (who avoids all financial/legal matters if she possibly can) to get at the non-registered financial assets solely in my name, namely my own HISAs and GICs at online banks plus non-registered big-bank discount brokerage accounts. Wife will have help in her executor duties, just trying to simplify, if I can.

Question to anyone who might have some knowledge: In order to avoid probate process (I don't care about the fees/tax, it's the headache of getting a lawyer to file docs plus waiting a long time maybe) would it be beneficial to get Wills drafted by a lawyer? Or would it make no difference (i.e. online banks and discount brokers will insist on probated Will whether it's homemade or pro-prepared)? 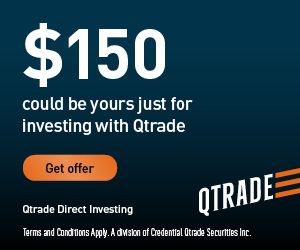