"The Unraveling of America"

"The Unraveling of America"

.
A recent timely article, from RollingStone . . .

.
One of a number of good quotes from the article:

"Those who flock to beaches, bars, and political rallies, putting their fellow citizens at risk, are not exercising freedom; they are displaying, as one commentator has noted, the weakness of a people who lack both the stoicism to endure the pandemic and the fortitude to defeat it."

.
Having lived down there for 12+ years in my younger days, I don't think the USofA has been so divided, and in such disarray & polarised, since the days of the Vietnam War.

I am just responding specifically to the paragraph you quoted as I haven't read the article but this is is as convoluted as it gets. Citizens of a free society exercising their freedom by going to a beach , or a political rally with a federal election in less than 3 months are "not exercising freedom ". This is classic propaganda. I think many people there and around the world are seeing through the globalist agenda.
Look at Australia , they are under martial law now.

Very poorly written IMO. A corrected version would be " ARE exercising their own freedom AND at the same time are displaying....." - the rest of it as stated.

"Tell a man that there are 400 billion stars and he'll believe you. Tell him a bench has wet paint and he has to touch it." ~ Steven Wright

Very poorly written IMO. A corrected version would be " ARE exercising their own freedom AND at the same time are displaying....." - the rest of it as stated.

.
I forgot to mention ... although the article was published in an American magazine, it was written by Anthropologist, Wade Davis of UBC in Victoria, British Columbia.

I can't say that I agree with his article in it's entirety, but I think he's Spot-On in at least 90% of it.

Here's another good quote from the article :

"No empire long endures, even if few anticipate their demise. Every kingdom is born to die. The 15th century belonged to the Portuguese, the 16th to Spain, 17th to the Dutch. France dominated the 18th and Britain the 19th. Bled white and left bankrupt by the Great War, the British maintained a pretense of domination as late as 1935, when the empire reached its greatest geographical extent. By then, of course, the torch had long passed into the hands of America."

Will America (the USofA) be the next to fall ❓❗

Umm.. UBC is in Vancouver.

I disagree with author Davis about USA handling of virus. Per capita USA deaths are worse than Germany and Japan, it's true, but still better than UK, Italy, Spain or Sweden, among others. USA is around the middle of G7 nations. And USA has way more obesity (not good when you're fighting the virus), so that needs to be considered too.

Fair bit on author Wade online, can see how he's the Rolling Stone type, pretty easy to see where he's coming from.

Give it time Bill. Look at when the cases showed up. The US had a chance to ward off the onslaught, but didn’t endure. Let the virus fester and the medical system to be overrun. 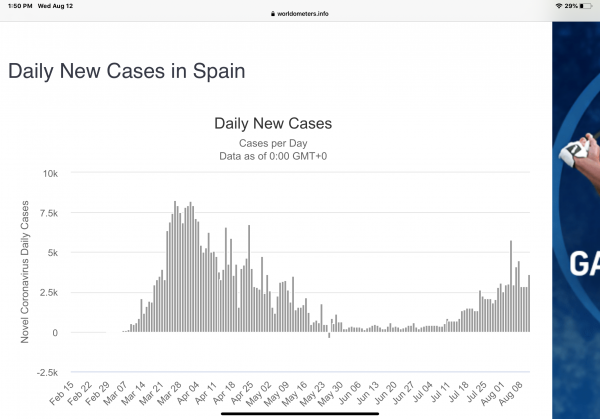 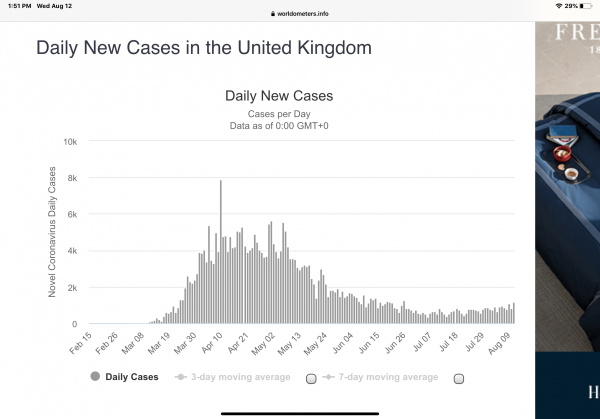 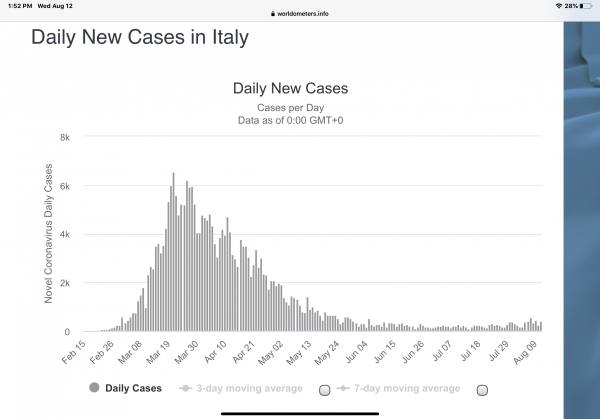 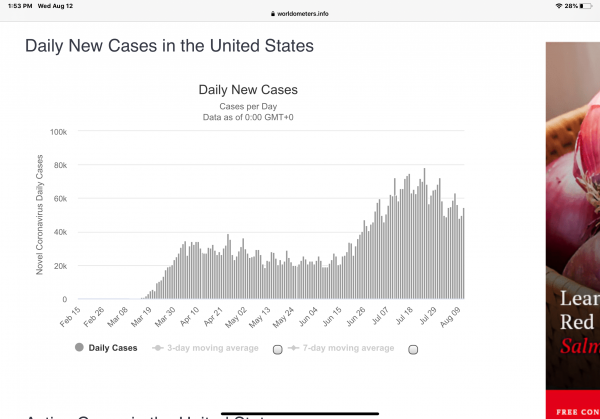 Could be, Vatox, there's still a ways to go, I agree.

Hard for me to see your graphs' details but they appear to be unadjusted to per capita basis - are they?

Also, as I've said before, all I care about is deaths per capita in the working (non-old folks) population. My own bias.

It’s straight up new daily cases, regardless of population. There could be fewer deaths to come, assuming the US learned from others and locked down seniors, long term care facilities and people with underlying conditions. Or if those mentioned are using PPE and Social Distancing.

Here are the numbers for deaths per million. 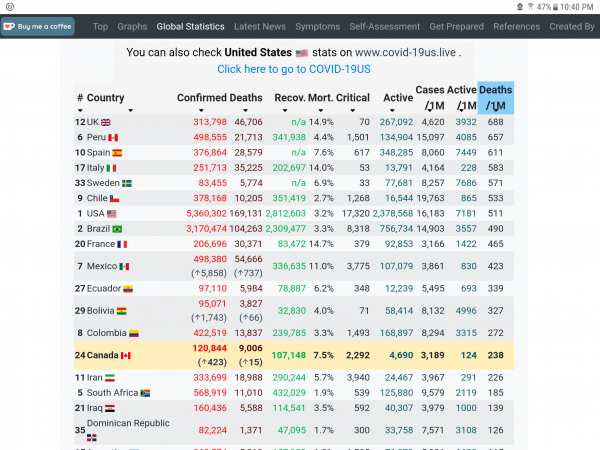 You are missing a few at the top! 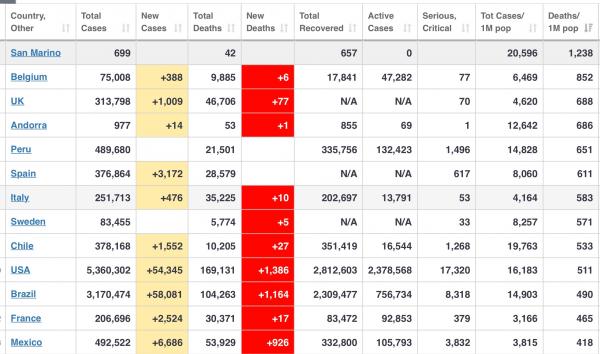 I don't get it. Why don't all these countries just quit testing? Problem solved!

Add up all the tests worldwide. I believe the governments are paying for them. Lots of money being made by big pharma and biotech.

Rick said
I don't get it. Why don't all these countries just quit testing? Problem solved!

They're working on it.

Reliable results are such a nuisance. It's so much easier to just blather on about what a great job you're doing.

Locking this thread. Feel free to discuss the topics in this thread somewhere other than this website.