Savers Roundup September 2020: Canadian Tire has the highest rate; PC Financial is back with PC Money

Received the following in my email today.

You told us that you wanted to preview THRiVE Chequing, and we appreciate your patience while we got the Account ready for you. As a thank you, we wanted you to have advance notice of the launch, with an early opportunity to get on board.

Get ready to start thriving!

I believe those of you who requested an invite and have yet to receive the invite can open it today.

Oh, you hadn't got an invitation yet? I thought you were in from the sounds of it, when you expressed disappointment at the e-mail money transfers. 😉

Oh, you hadn't got an invitation yet? I thought you were in from the sounds of it, when you expressed disappointment at the e-mail money transfers. 😉

Nope, I never received an invite. The info I previously had were from other people's experiences with the account (that received the invite) and my thoughts on that.

How long does a ING EMT take for the funds to be received in the recipient's account?

ING EMT apparently takes 3-4 days. I've never been on the receiving end though... only on the giving end. Anyone want to send me some money? 😛

ING EMT apparently takes 3-4 days. I've never been on the receiving end though... only on the giving end. Anyone want to send me some money? 😛

Hey, I was just speaking to some people who have already tested this out.

You might be pleased to know it actually is received much sooner. I'm not sure what the cut off time during ING's processing day, but assume you sent it during the day in which the EMT would be processed. The recipient would receive the EMT the following day.

Confirmed by someone on RFD who sent an EMT at 11am on one day, and noticed it was received in his TD Account when he checked it at 12noon the following day.

I'd be content with 1 day over the normal Interact EMT. But I'd like to know the cut off times for processing and if they are the same as Bill Payments.

I'm thinking it would be standard timelines for direct deposits, dependent on institutions' own daily cut-off times. For instance, Ally's daily cut-off time is 7 PM PT while HSBC's is 6 PM PT. If I send a request to debit my HSBC account at 4:56 PM PT on Tuesday to credit my Ally account, my Ally account will be credited at 12:01 AM PT (or thereabouts) Wednesday and my HSBC account debited at around 1:30 PM PT (or thereabouts) Wednesday.

In the instance of Peter sending me the $25, that was an ING-to-ING EMT and was instantaneous so can't really use that as an example. (Thanks again, Peter, you're very generous!) 🙂

djino & to whom it may concern:

i just checked my account and the ING EMT for me took about 3 days.
(this is courtesy of Peter)

ING email money transfer
sent 17-Jan-2011 and i received it 20-Jan-2011
This is from ING to PC Financial checking account.

What time of day did you accept the EMT on the 17th, though, msl? It may have been accepted after the cut-off time for the day's batch of EFTs and therefore wouldn't go until the 18th's processing day, causing ING to be debited the afternoon of the 19th and your account credited the early morning hours of the 20th.

P.S. How's your PC Financial account working out so far? Are you fairly happy with them?

hi Doug, the time i accepted online on the 17th Jan was 11:21pm. (this is my local time) I checked my PC financial account on the 18,19,(both none) and on the 20th
of January there is already the ING money. Actually, there was a "date stamp" on the ING email that reads: Date Stamp: 18-Jan2011 222am. So I guess your are right on the money. But I dont know anything about that date stamp thing. Note that i checked all my accounts on those days (18,19,20) starting at about 8pm onwards. I did not check my accounts in the morning or lunch. I just check my accounts at night when I got home from work. So the money, may have been actually delivered in the early hours of January 20.

about PC Financial, yes i am fairly happy with them. PC financial is my default "gateway" account for now actually. Thanks for the tip (on getting free checks and not those free but "starter" checks from other banks. 😎 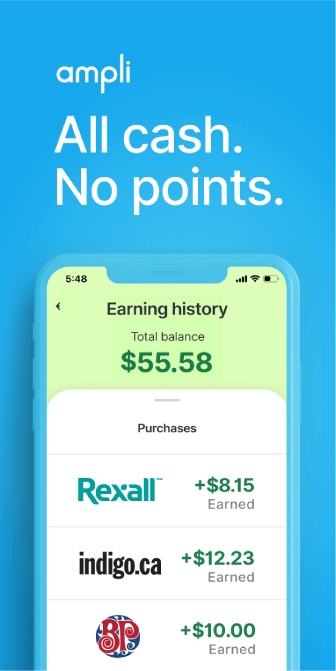