Tall foreheads are predicting a drop in Canadian interest rates this week. I guess we will all feel the effect soon.

I think this decision caught everyone by surprise.

We would be starting a long period of stagnant economic growth coupled with high inflation (what economists call "stagflation") which will pretty much remove any predictability in interest rate movements. The main object of the BoC is to keep inflation in check, and it does that by raising interest rates. Right now inflation is starting to creep back up again (it just recently went over 3% per annum based on the usual basket of goods, which means that you're not making any money in real terms with most high interest savings accounts), but if the BoC were to raise rates in these uncertain economic times, it could be enough to plunge the country into recession. Not to mention that right now, Canada basically has two seperate economies: the bull oil economy in Alberta (and soon perhaps in Newfoundland and Nova Scotia as well now that the high price of oil makes it attractive to erect oil platforms in the ocean) and the bear manufacturing economy in Ontario. Whatever the BoC decides to do, it's going to have a positive effect on one and a bad effect on the other.

If the BoC decides to reduce interest rates the next time around and the online banks all follow suit, that will mean that you could potentially be LOSING money if your bank offers interest below the current inflation rate. Right now one of the best rates offered is around 3.40% (at ICICI), and when you account for 3% inflation, you're earning a whopping 0.40% interest per year.

"The Bank of Canada unexpectedly kept its benchmark interest rate unchanged because energy prices may push inflation past the top of its target band later this year, saying current policy is ``appropriately accommodative.'' "

All 30 (bank and financial industry)economists contacted by Bloomberg were "surprised" by the BOC's (non)move. Too bad they didnt get what they and the RE industry wanted.
However, seniors on fixed incomes trying to survive on 3% GICs may appreciate the (non) move.
There was no sign that the previous cuts were helping the general economy anyway-but were rather pretty much getting swallowed up in increased spreads for the banks to compensate themselves for self inflicted ABCP and other bad debt wounds.
Good on ya, BOC
(never thought I'd say that)

further---IMHO---If this (non) move by the BOC starts being perceived by the bankers as perhaps the end of the rate dropping cycle, we might see some of these rates starting to move up a bit pretty soon. ( even before the next BOC rate setting meeting in mid July)
These retail deposits and short term gics are still real cheap money for the smaller players (ie not the big 6)

I have a savings account with PC financial. My interest rate used to be 4.5 now it's down to 3.0! when did this happen? any idea if its just temporary? 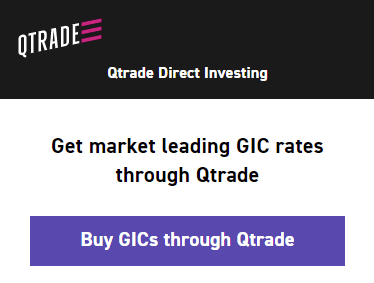