Savers Roundup August 2022: Your savings account interest rate should have increased over the past month

EQ Bank has completed development of a new U.S. currency account for launch in mid-May, increasing its value proposition to customers by offering customers the ability to earn more while saving on their U.S. dollar transactions.

They provide no information on how competitive it will be, but we can guess that it will have an introductory rate.

Excellent news, and just in time for my funds that come free in June.

Thanks for reporting it.

The exact amendment to CDIC Act 12(a) is described in this previous post.

The big problem with online US$ accounts is getting money into them and out of them in $US. Often, like Tangerine, unless you have a linked $US account somewhere else, all transactions into and out of them get converted to $Can.

US$ handling is a challenge because there isn't a full, parallel infrastructure in Canada for transacting in US$.

For example, the Payments Canada US Dollar Bulk Exchange system only works with US$ accounts at Canadian financial institutions. One can't link to a US$ bank account at a bank in the US on the US ACH clearing network.

CDIC also won't pay out insured foreign deposits in foreign currency. Such deposits will be paid out in Canadian dollars:

What conversion rate would CDIC apply on foreign currency deposits in the event of failure?
In the majority of cases, CDIC would use the conversion rates published by the Bank of Canada on the date of failure. If the Bank of Canada does not publish a rate for a particular foreign currency, then the rate would be based on whatever the rate was at the failed member institution on the date of failure.

I'll most likely add this US$ account to my repertoire once it comes out.

Best non-promo place I have found is ICICI Bank @0.45% consistently. Not much but best available AFAIK so far.

I opened one at Hubert when they had their rate at 0.75% but shortly after they dropped it to 0.25% so I never moved funds there.

Other banks I use for US$ include Tangerine and RBC (both sides of the border).

All of that allows easy transfer of funds. And now that CDIC covers US$ it is much more comfortable to keep US$ in Canada, as needed.

Other discussions on this are here:
https://www.highinterestsavings.ca/forum/general-comparisons/where-do-you-park-your-us/

I intend to park my US funds with Canadian Western Bank.

That's nice. Looks like some form of shortterm GIC or equivalent. Too bad you need min of $25K for these. Also too bad that they do not advertise their rates.

Thanks for the tip!

I was just about to open an account with Canadian Western Bank for 0.6%
You've saved me the trouble.

Can you transfer back and forth to a USD account at another Cdn FI without currency conversions?

In reply to Loonie: Yes.
Chat rep said USD accounts just went live last night. By luck I signed in this AM and found out. I added one and linked it with my RBC USD account. I initiated a $40 transfer from RBC USD to EQ USD to test it. No fees or exchange and the funds show immediately at EQ, though with a hold.
Account linkage process is simple. Select your other CDN bank and login using those credentials, then select the external accounts to link. Then do transfers under the Transfer menu. You can do USD-USD directly or do conversions on the transfers if you prefer.
EQ exchange rates not as good as Knightsbridge, if you can wait a week to see the funds.

Thanks for the heads up. Open one and have it linked. Less than a couple of mins. All good ready to go when Tangerine USD bonus ends Jun30 🙂

And no GIC possibilities, at this time. 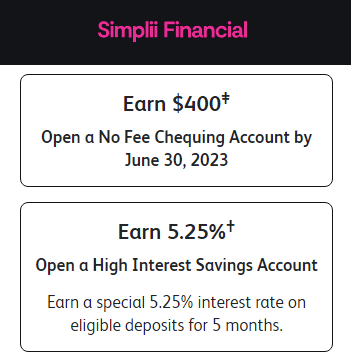